It’s the burger that’s always been around, and sales were slipping big time. McDonald’s approached my team to find a way to increase sales of the Big Mac by making it more exciting to the Korean audience. They wanted a campaign that could creep into the hearts of Koreans.

My team and I created a full 360 digital to traditional campaign that got people (a lot of them) off their butts to record themselves and upload funny content. I was responsible for the entire creative production, and it was a huge success.

The case study video above captures the whole campaign. 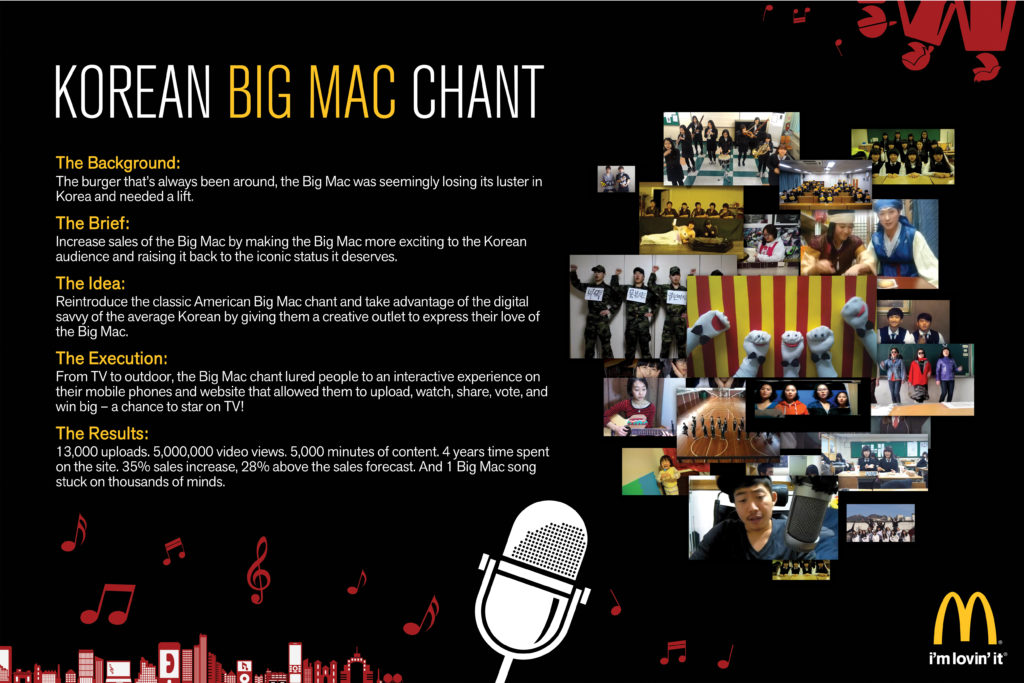 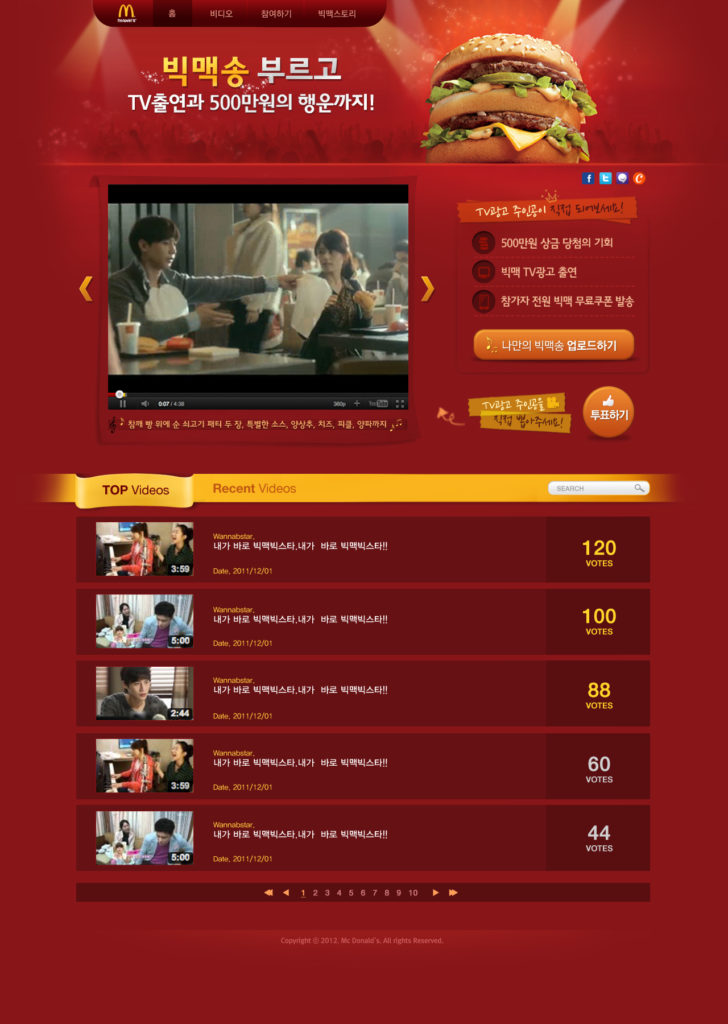